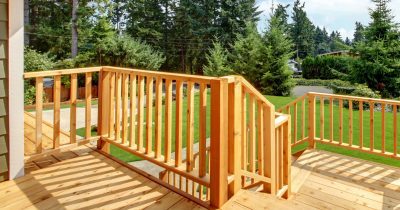 Most Common Areas of Concern

As a member of the board or the property manager, what element of the condominium complex poses the greatest risk to the unit owners and liability to the association? Slips and falls during the icy season? Decks collapsing from rot? Electrical fires? Well, if you picked “decks,” you are almost right.

If the condition of the complex’s decks is a concern, the good news is decks rarely collapse. Wood decks built more than 20 years ago can have some significant deficiencies by today’s standards. Most deck collapses are the direct result of inadequate attachment to the building, the connection between the deck ledger and building band joist. The U.S. Forest Products Laboratory’s recent study of newspaper articles from around the country reported on collapsed decks and showed “nearly every collapsed deck had been attached with nails, rather than bolts, and investigators had pinpointed nails as the cause of the collapse.”

More than 20 years ago many decks were attached to buildings using nails that rust away or simply do not have the lateral holding power of bolts. To make matters worse, developing problems are often not noticed in a casual visual inspection because the ledger board is hidden behind the siding. This problem is compounded by past deck building practices not protecting the ledger due to a lack of adequate flashing. On the coast, the salty air creates some very corrosive chemistry on deck components.

If your building committee wants to perform an in-depth inspection of all components of the decks, there are many publications providing good technical information such as:

Prescriptive Residential Deck Construction Guide (DCA6) published by the American Forest & Paper Association (AF&PA), available as a free download from its website, www.afandpa.org, or stream on YouTube. Though this is not a building code it helps to explain the nature of safe deck building and can serve as an invaluable supplement.

Manual for the Inspection of Residential Wood Decks and Balconies. Written by researchers at Virginia Tech, this manual was published by the Forest Products Society in cooperation with the International Commercial Code (ICC) as a practical guide with good illustrations.

How to Perform a Deck Inspection by the International Association of Certified Home Inspectors (InterNACHI).

So what element of the condominium complex poses the greatest risk? The actual answer is stairs, handrails, and guard rails.

Accidents related to stairs are the second-leading cause of accidental injuries in the United States, according to the National Safety Council. Stairs are responsible for 12,000 deaths annually and for non-fatal injuries costing $92 billion a year. Only automobile accidents take a higher toll.

Handrails must run continuous down the flight of stairs with four or more risers and should be 34 to 38 inches above the treads with a minimum distance of one and a one half inches from a wall. Guard rails must be 36 inches above the deck (42 inches for multi-family buildings covered by IBC code) and be able to withstand a 200-pound force from any direction. Balusters must be able to handle a 50 pound per square foot force while being spaced a minimum of four inches apart.

A common mistake builders make is to install a handrail not conforming to building code. There are only two approved shapes which do not include a two by four or other odd shape. However, the building committee’s primary concern should be safety and not code compliance. The question to be addressed is, “Does the stair, hand rail, or guard rail provide the safety needs given where the stairway or deck is located, and how it is used?” Accidents are preventable. Regular deck maintenance inspections will indicate where typical problems can be found. Providing guidance to your unit owners of what to look for and how to report observed deck component issues will go a long way in reducing accidents.